GRRR is what you'll be saying when you attempt to play this game! This is a small, rage-inducing platformer made in 6 hours which is inspired by old-school flash games! Making this game was such a fun, little project to complete and I really hope you enjoy it!

Yet another amazing Icoso game!

It took way too long, but I finally won!

The music was pretty uplifting and contrasted well with the rage aspect of the game, which I thought was kind of funny :) It also helped me keep a bit of calm during my play-through.

The game definitely nails the rage part. At the start, I thought I would finish in no time with little difficulty. No need to say I was wrong xD The levels were hard enough to feel impossible while still being possible. Their design tested my patience and precision very well! I did find that level 4 was easier than the previous, but that might just be my subjective opinion.

The player hit-box being oval shaped, it was a bit slippery on the edges, which I actually liked since it added to the challenge of landing jumps :) Not sure if this was intentional, but good job nonetheless!

Overall, the game kept me going until the end and despite being a rage game, it was pretty enjoyable. Impressed to see this was made in only 6 hours! And great devlog too :)

Reply
The Captain Moo1 year ago(+1)

this has some really happy music for being so ragey

So The Downloadable Version Dont Have Music And Sound Effects -_-

Awfully easy for a "rage game". After finishing it with little difficulty I have to say it was your ego talking when you gave it that title.

I'm sorry to disappoint you, Icoso, but that wasn't really a rage inducing experience! On the contrary, it was a difficult but really enjoyable playthrough! Nice and juicy jump mechanics, great soundtrack, polished look, 10/10 !

I love your videos by the way

Great Game I Finished It The Game Dont Have Textures But Still Looks Beautiful The Game Is Beautiful And I Didint Died In Level 1 And 2 And Died 10 Or 11 Time In 3rd Level Died 2 Times In 4 And I Dont Know More THen 20 Times In 5th Level 3rd And 5th Level Destroyed My Result Overall Great Game I Wish There Were More Levels
Edit: I Died 33 Times In Total

Impressive for 6 hours and I can see why this could be hard for some people, but me being a platformer nerd, beat it with only 13 deaths on my first and so far only run (plus some falls on the final level). I'm not sure how to share the screenshot with only you, so let me know how.

That's supposed to be a secret message. I also got it but haven't posted the screenshot anywhere because I don't know how to show it to Icoso without anyone else seeing it. 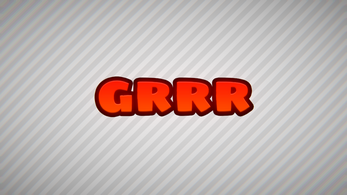