A downloadable game for Windows and macOS

Triangle With A Face is a 2D top-down shooter where you play as, you guess it, a triangle with a face :0

Make your way through a randomly-generated world with each run fighting off different enemies, gaining bullets, and getting epic kills. You can kill enemies by shooting them from a safe distance, or if you're feeling a bit more dangerous, you can dash through them - getting instant kills, at that. With a bopping soundtrack and juicy gameplay, I hope you enjoy the small roguelike! :)

I made this project in only 7 days, and also made a devlog video on it every day! Check out the full playlist on YouTube here!

Check out my other social media, too! :D

The triangle had a face.

Reply
The Foxineer336 days ago

can it be online?

I really enjoyed the game and although I did not make it past level 3 I thought you achieved lots in the short time this was made :) also I made a video on it on my yt (Curse Cat) and I said what I would do to change it

This is so much harder than it looks, it's so fun though! The devlog series was amazing too! Amazing Job!

Hello, can this game be compiled for linux?

Thanks, I will try.

Thanks, I will try.

Haven't even played yet, and its EPIK

Brilliant work in such a short time mate congrats! But for me the triangle's a bit slow and that is probably I suck at this game but ja(yea). Good stuff in here, keep it goin!

Edit: After I played the game a bit more it felt really good and the fact that the character's a bit slow turned out to be an adventage for the player since you can just dash when you wanna go fast but you need to play tactical at some parts of the game so that makes the speed of the triangle just as it must have been. (I can't believe that I've just written a sentence that long!)

Proud of you for sticking to it and making something in just 7 days!

Played it for a while. Dang dude you seriously nailed it. I really enjoyed playing it, although I was unable to pass level 4 haha. Keep up the good work!

Really enjoyed this! Easy to learn, hard to master, and the soundtrack is kickin. Great job :)

now this is quite epic

Nice game!! keep it up bro

reminds me of this little known game called Rogue

Weird. This should be a widely-used term!

A perfect roguelike, great graphics, very good game design, fun gameplay loop, I love that the triangle has a face and that you can kill shape bois (or be killed by them). A perfect example of a fun game, and you can see how much time the dev put in it. Great game Icoso :D


Oh wait... I wrote the review before even playing the game... Gimme a sec... 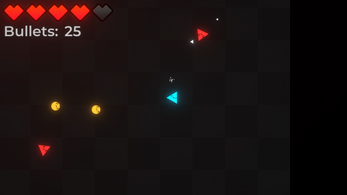 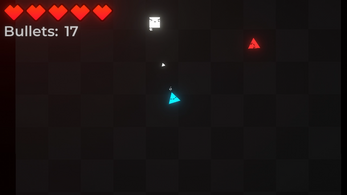 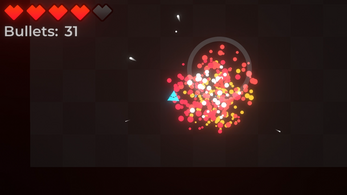